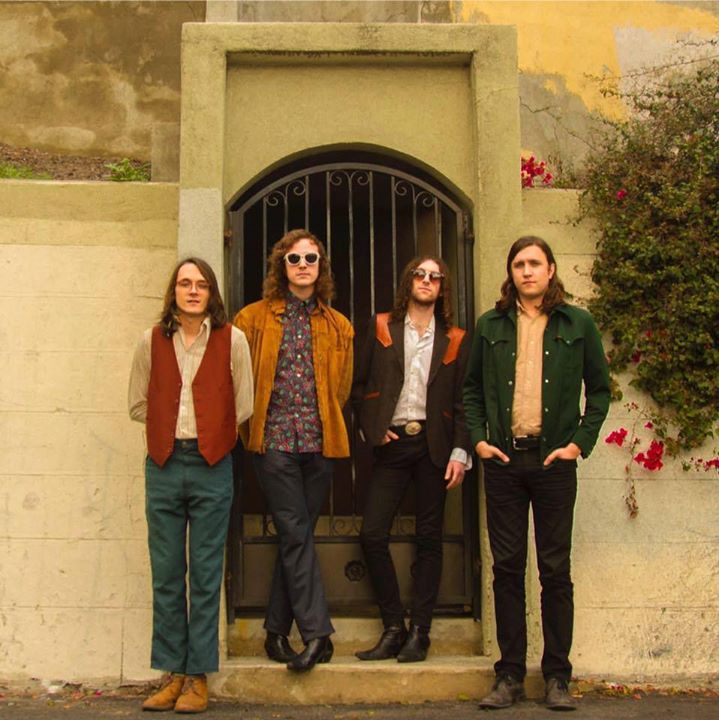 As the tides of the ocean draw their power from the moon above, the music of Triptides is fueled by the mind-bending inspiration and wide-ranging creative talents of Glenn Brigman (vocals, guitar and organ), Josh Menashe (guitar and vocals), Dylan Sizemore (bass guitar) and Shaugnessy Starr (drums).

The trip began in the bohemian basements of Bloomington, Indiana in 2010, where Glenn and Josh shared ideas and influences before evolving to craft a complex yet cohesive range of lush, “psychedelic beach-pop” sounds.

Two EPs and four LPs later, Triptides are now an essential element of the Los Angeles psych scene, where they are preparing to launch their newest album, Afterglow. Inspired by the spirit of ‘60s and ‘70s West Coast pop and psychedelia, as well as legendary albums ranging from The Piper at the Gates of Dawn to The Notorious Byrd Brothers, Afterglow will be released this summer on French label Requiem Pour Un Twister and supported with a full European and North American tour.